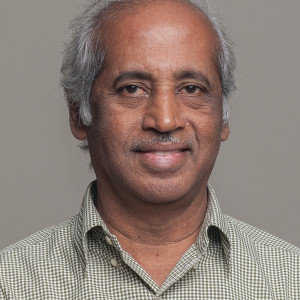 In the area of microbial forensics and bioterrorism, we are working on the characterization of virulence factors to understand the molecular basis of pathogenesis in Yersinia pestis (plague causing bacteria) and Mycobacterium tuberculosis (tuberculosis disease). We use adenylyl cyclase (AC), one of the virulence factors in Bacillus anthracis (anthrax disease), as a model system to understand the AC’s role in other bacterial pathogens. Adenylyl cyclases (ACs) are classified into four major categories. Class I ACs is from the enteric bacteria such as Escherichia coli, Salmonella typhimuriu, and Yersinia pestis. These prokaryotic Class I ACs are primarily regulated by sugar sensor proteins. Class I AC from Yersinia pestis, the plague causing bacteria and a potential bioterrorism agent, has overwhelming homology (85%) with the E. coli enzyme. Class II ACs are from Bacillus anthracis and Bordetella pertussis. Class II ACs are virulent factors in these two bacterial species. Class II ACs elicit their virulence by producing supraphysiological concentration of cyclic 3’, 5’ adenosine monophosphate as a consequence of the activation of Class II AC by the host calmodulin. Class III ACs are highly complex macromolecules containing two spans of six helical transmembrane domains and two cytoplasmic domains. Class III ACs are regulated by a variety of small molecules such as hormones, guanosine triphosphate, and macromolecular proteins such as guanine nucleotide binding proteins, and calmoduline. Class III A Cs are originally thought to be only from higher eukaryotic origin. But the work from our laboratory has shown that Mycobacterium tuberculosis contains only Class III adenylyl cyclases, albeit half the molecular secondary structure with only one six helical transmembrane domain and one cytoplasmic domain. However the mycobacterial class III AC functions as a dimer mimicking the eukaryotic enzyme. Even more intriguing is the fact that there are 15 genes for adenylyl cyclase spread around the genome of Mycobacterium tuberculosis. We have been performing the gene expression measurements and activity profiles of these 15 adenylyl cyclase genes. Yersinia pestis has a Class IV AC in addition to the Class I AC. Class IV AC is a small protein consisting of only 179 amino acids and functions as a dimer. We have solved the three dimensional structure of Class IV AC.